Preface: My art reflects my inner world, which I perceive with all my senses; people, animals that I meet and love; nature, which I admire, and everything that affects who I am. I admire women’s beauty, I love animals – this is my main source of inspiration-in a very broad sense. I focus on their psyche, views, as well as on their appearance, manners and all the complex processes, thoughts that occur both outside and inside a person.
And it is “Man, animals and the inner world” that is the main theme of my paintings.

Place of residence: USA.
His father was originally from the USA, he lived an ordinary American dream, but fate had its own plans. And then one day he met a Russian girl. A meeting, one, another, a whirlwind of feelings swirled, he realized that he could not live without her and followed her to Russia. Russia rarely meets people with open arms, and his father was no exception. Life was difficult, and he got a job as a teacher at an art school, and his wife became a doctor. Later Vyacheslav was born and from an early age his father instilled in little Vyacheslav an interest in fine art, but fate again announced his plans and when Vyacheslav got older he remembered his historical roots and decided to follow in the military footsteps of his grandfather, originally from Massillon, Ohio, who in 1915 was enlisted in the US Navy. Participated in the Pearl Harbor massacre on one of the combat submarines of that time. He showed himself as a true patriot of his country and left a bright memory of a man full of courage and bravery, a man with the heart of a hero. It was this example that determined Vyacheslav’s choice and his life path. All 5 years of training at the Naval School of Russia Vyacheslav tried to show the qualities of a real man and prove to everyone that he was honored to be the ancestor of such a great man and can proudly bear his surname. After graduating from the Navy School with honors, he left for the Northern Fleet with the rank of lieutenant. The service was going hard. The Russian winter, life in a military dormitory and constant financial problems seemed to be constantly trying to break his spirit. However, for all 5 years of his first military contract, he held firm and worthy. But the whirlwind of fate had its own plans for him. And he fell in love. Her name was Irochka. She was a real beauty and Vyacheslav couldn’t resist. Irina had an internship at the Medical Institute of St. Petersburg and young Vyacheslav followed the call of his heart. He failed to get a distribution in St. Petersburg, and he was forced to retire to the reserve. Realizing that something needed to be done, Vyacheslav remembered his passion for drawing and entered the St. Petersburg Academy of Arts named after I. Repin in absentia. But since the family still needs to be fed, he worked as a taxi driver in one of the local companies in his spare time. His love for Irina always warmed his heart during difficult periods of life, and the spirit of courage brought up in him by his parents and instilled in him respect for his grandfather helped him overcome all the difficulties on his way.
In 2015, Vyacheslav made his first exhibition of paintings in St. Petersburg, and later, in 2019, he became interested in Spain. Today, his paintings can be found in St. Petersburg on Nevsky Prospekt and anyone who is well-off can buy them. Also at the London auction of 2017, Picardo’s painting was bought for 4,600 pounds. So he realized that working as an artist is his life vocation and thoroughly entrenched himself in this field.

At the moment, Vyacheslav lives in America, he has returned to his historical roots. He is happily married to Irina, has a son. 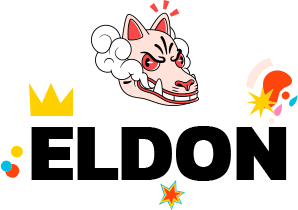